Attract cats with food and then watch them romp with your toys! More than 40 varieties of cats—white and black, tabby and calico—might stop by. Rare cats are rumored to roam the neighborhood too, but you’ll need particular items to entice those elusive felines. Each visitor is logged in your Catbook. Become a master kitty collector and fill it up!

You can even make albums of your cat photos, or save them to your device and use them as wallpaper!”

the Dead or Alive series consists of five main fighting games, ten remakes and ports, three beach volleyball-based spin-off titles, and a blackjack spin-offacross thirteen different video game platforms. It has also spawned a feature film, DOA: Dead or Alive, which is loosely based on the game series.

Dead or Alive has a Spectator Mode or Watch Mode, which lets the user have more control over the game engine camera. Camera Mode, intended as simulation of the act of photographing  and simulation of analog camera mechanics and aesthetics, was implemented only later.

In Dead or Alive Xtreme 2 (2006, developed by Team Ninja) the in-game camera was improved.

The camera has been slightly modified to address the criticism that the one in the original game moved erratically or too frequently. The offline two player “Exhibition” mode from the previous game has been removed, forcing players who wish to play against other players to do so via Xbox Live.

In Dead or Alive Paradise (2010, developed by Project Venus) you are given a camera from the Island Shop and you can freely take photographs of the DoA girls which can then be assembled into an album.

Once the relationship with the girls is on an intimate level, the girls would then present the player with “venus clips” which can be viewed and edited by the player.

While photography is simulated via a through-the-viewfinder look and framing/shutter capabilities, the act of snapping pictures remains a free mode, not connected to core game mechanics. The theme, the interactions with the subject (e.g. befriending girls to have special poses for the camera) and sexist overtones are similar to the ones employed in Snapshot! Paparazzi.

Dead or Alive 5 (2012) featured an improved camera mode and the possibility to freeze gameplay, move the camera in 3d space and take in-game photos of the fighting game.

Extras include Spectator, where players can watch replay of their matches, or watch fights between two AI players, and also take photographs from a position and angle of their choosing with a fully controllable camera

Dead or Alive Xtreme 3 (2016, developed by Team Ninja) “retains the camera mode from the earlier installments of the DOAX series” (source: https://en.wikipedia.org/wiki/Dead_or_Alive_Xtreme_3). 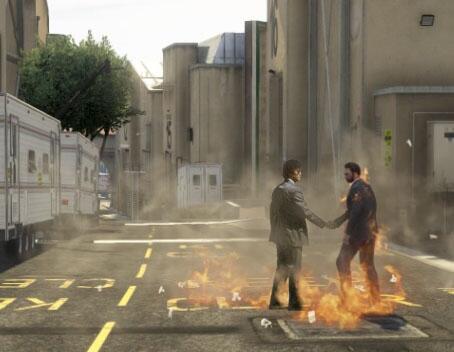