Fortnite launched an in-game photography campaign coinciding with their collaboration with fashion brand Balenciaga, which created physical and digital apparel in limited edition.

The in-game photos appeared on the game billboards, rather than being circulated only on social media platforms and blogs. The campaign is titled Fortography and submissions are made using #Fortography hashtag on Twitter.

Unlike photo modes – which create a space isolated from gameplay to take in-game pictures and share them outside of the game on social media – in fortography the game becomes the content (the subject of the photographic act), the camera (with capture and replay capabilities) as well as the circulation space of the images (the in-game billboards).

what else is there to do on vacation but take pretty pictures to post on the internet?? try not to get distracted, and take the best pix you can before your phone dies! 💕 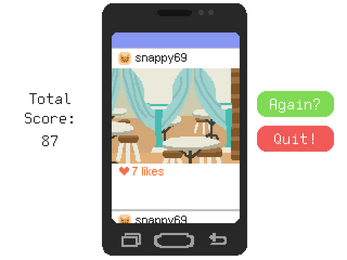 [in] Photo Modes, players by default cannot not share their in-game photos when they take the picture on a PS4. Indeed, PS4 controllers have a dedicated button for taking the picture, labelled the ‘share button’. On the official Playstation YouTube channel, the Photo Mode tutorial for the Last of Us Remastered game – perhaps the first game to popularize Photo Modes – reminds us: ‘Once you have framed up your shot, just press the share button.’ And ‘this new mode allows you to freeze action in the game, adjust the camera, and add custom effects and frame before sharing them with the share button […].’ Photo Modes entirely transform the shutter button of traditional cameras by merging its function with the compulsory sharing of the image on the internet. In this sense, the role of the player-photographer within Photo Modes aligns with that of the Flusser’s clueless functionary, operating at the service of the black box. Even with a lesser degree of freedom, as the player-photographer is only left with two operations:

With the material world gone and the physical apparatus disappeared, we are left with the momentary pleasure of tweaking parameters and adjusting colours on screen until we can finally execute our job, the creation of what Beller calls ‘computational capital’.

While Photo Modes may appear, at first glance, to be merely a nostalgic simulation of a simple photographic past made of shallow depth of field and poetic colour filters, its inner mechanics reveal that they are in fact part of contemporary post-photographic apparatus and integrally connected with the distribution and circulation of images online within the attention economy. Following this line of ideas, I would like to suggest that Photo Modes can be understood as a specific kind of Seeing Machine, one that requires functionaries to generate value through the acts of taking and sharing a picture. Photo Modes are inscribed within a larger ecology that includes fan trailer videos, ‘Let’s play’ videos, in-game screenshots etc. and, at the same time, offers a unique construction provided by the game developers that showcases a specific economic and political model of the photographic medium.