“S.E.L.F.I.E. Cameras and the Field Photographer Achievement” on wowhead.com:

So what can you do with your

S.E.L.F.I.E. Camera? Besides Tweeting selfies of course! You can earn the

This achievement requires you to take a screenshot with your

S.E.L.F.I.E. Camera at various locations across the world.

Introducing the most immersive, robust Nintendo Labo kit to date—this one combines DIY fun, pass-and-play multiplayer, and family-friendly play with simple, shareable VR gaming. It even includes a programming tool you can use to create your very own VR games and experiences! Feel your creations come to life as you and your family blast through an alien invasion, create 3D works of art, dive into an oceanic photo safari, soar atop a bird, and go wherever else your imagination takes you.

Pictura is a photography game where you use you phone as a window into different worlds. Take pictures to trigger events, find creatures, and progress through different settings.

Pictura is an exploration game where your phone acts as a window to a virtual world, supporting both touch and accelerometer controls

Using a virtual camera as a main gameplay mechanic, Pictura has you taking pictures which you can then sell to upgrade your camera, adopt new pets and travel to new locations. Each world is littered with hidden events, triggers, puzzles, simple story elements and easter eggs for you to find.

Pictura has a general calm vibe combined with a few adventurous moments. The visual style is driven by photography elements, meaning it is rich in post-effects. Different lenses, filters and camera can help personalize the look and feel of each pic.

Each world has its unique setting, challenges and moments of awe. Following a semi-episodic format, a new world will present its own set of challenges, puzzles, surprises, visual style and minimalist story line.

The Sims 4 (Maxis, The Sims Studio, 2014) has a dedicated simulation of commercial photography in “The Sims 4 Get to Work Expansion Pack” (2015).

The Photography Skill comes with The Sims 4 Get to Work expansion pack. From a phone to a fancy camera. Sims who are skilled in Photography will have greater success as they hone their skills by taking lots of pictures, upgrading their equipment, experimenting with picture settings and using the In a Flash Photo Studio. Take photos of one Sim or 2 Sims. You can take photos of adult Sim but you also have the option to take photos of kids. When you are taking the picture you will have the option to choose filter, size or a backdrop but you can’t change poses if you are taking the photo. To change the pose you need to take a new picture.

Do a number of things with Photos taken, such as hanging them on walls, selling them in retail stores, or converting Photos to Memories. You also have the option to give the photo a name.

The Photography skill only has 5 levels and doesn’t really unlock anything. The only thing it does is that you can take better quality photo’s you can sell for a higher price.

This is your faithful companion! Do not underestimate the values of a picture, snapshot, photo, whatever you want to call it – take pictures of EVERYTHING! In this wonderful game (the only one with these attributes in the Zork series) you can show the pictures to the people you encounter. You WONT be able to solve some of the puzzles (or get certain items) unless you gather the appropriate photos! One that comes to mind is Rebecca, if you show her a picture of Canuk, you will trigger some very interesting comment; you wont get the same response if (for instance) you show her Canuk’s hut in the map.

Star in your very own fighting game on the Nintendo DSi!

Be the star of your own fighting game! Create up to 8 characters based on you and your friends, then fight to the end!

Welcome to Photo Dojo, where you create a dojo filled with ruthless (or humorous) fighting machines—using images of you and your friends! Use the Nintendo DSi Camera application to take pictures of yourself and your friends in various poses, then use the microphone to record sound effects and dialogue to give your warrior a voice. Choose one of the four available fighting styles, name your character, and you’re done! Better yet, repeat the simple, step-by-step process and create a lineup of up to eight fighters. Complete the setup of your game with the ability to make customized backgrounds and your choice of three awesome soundtracks…then prepare for battle! Two players can share one Nintendo DSi system and face off against each other in a one-on-one grudge match, while single-player mode offers the chance to pick your favorite fighter and take on a relentless wave of opponents of your own creation. If you’re ready for some seriously off-beat Kung Fu action—literally starring you—Photo Dojo’s unique twist on the side-scrolling beat’em up genre lets you use your imagination to set the stage for a fun-filled fight to the finish. May the best warrior win! 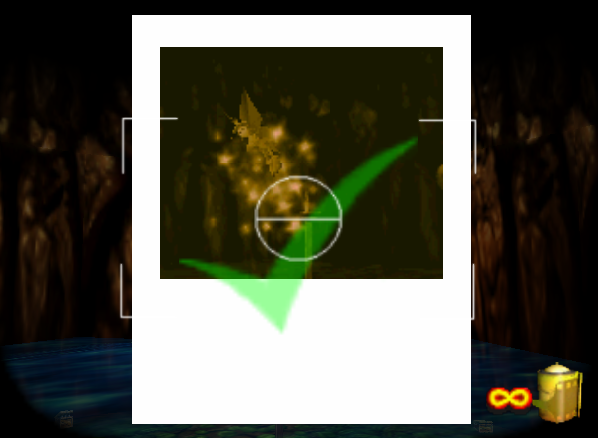