IslandPop Photo is a photography game and walking simulator heavily inspired by the City Pop era and the works of Hiroshi Nagai. Explore procedurally generated islands with your camera to take photos and save them to disk. 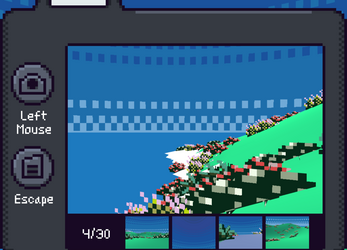 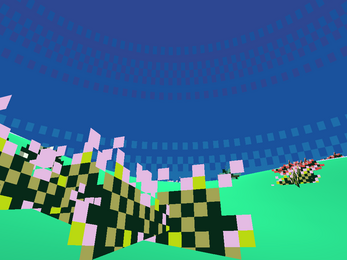 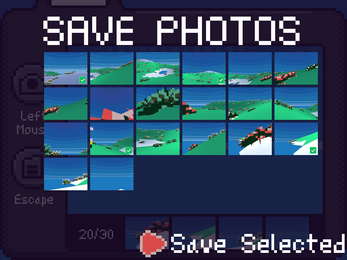 As part of a three-man news crew from Zara Television it is your job to report on the drama as it occurs. Your role in proceedings is passive, and one almost like a director observing his cast and crew. […] But you do not merely sit back and watch colleagues fighting for their lives. Capturing the action is part of the game, but by searching rooms and environments you can identify potentially life saving (or puzzle solving) items  by zooming in on them. Failure to do so may result in another path being taken, or at worse your female reporter dying in a gruesome encounter.