the player must use a device called “COSMIC,” a kind of camera, to reveal the creatures. Once a certain number of photographs have been taken, the player character returns to the ship to develop the pictures. This is done by giving the negatives to a giant floating head called “Mother.” As more aliens are rescued, more areas open up and different times of day are available for exploration.

Lost: Via Domus (Ubisoft, 2008) is a game spin off of the Lost TV series, where you play a photo journalist named Elliott Maslow who loses his memory in a plane crash.

The game employs the use of flashbacks as a storytelling device, much like the television show, and gamifies the act of photographic capture as a way to retrieve memories. Framing, focusing and zooming are realistically simulated in-game, while the function of the photographic act is given the supernatural power to “cure” the protagonist’s amnesia. 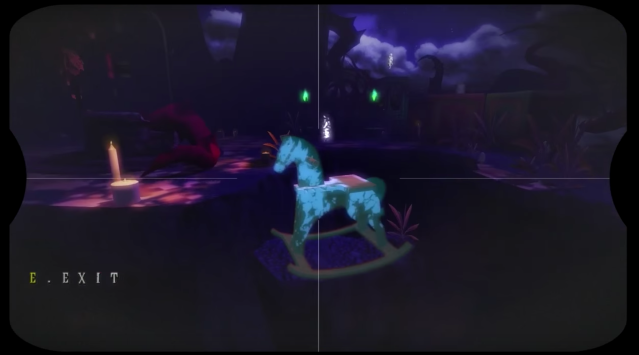 Lumen is a platform-puzzle video game where the player assumes control of a girl trapped in a world of nightmare as she tries to make her escape. With the sole help of her camera, she will have to dodge traps, run away from her enemies and use her photographs to change the world that surrounds her.

according to the Metal Gear Wiki, a camera is available throughout the game series (notably with the first Metal Gear Solid game published in 1998), with the possibility to save images starting with the 3rd title of the series.

“Take photos wherever you like!“
―Camera description in Metal Gear Solid.

The camera can be used to photograph ghosts in the original Metal Gear Solid, when used in certain locations.

In Metal Gear Solid 2: Sons of Liberty, the Camera serves as a standard item in Solid Snake’s inventory, required for completion of the Tanker Chapter.

[…] The camera allows pictures to be taken in-game, which can then be accessed from the photo album in the main menu and exported to the PlayStation 3’s HDD. Photos taken could also be uploaded to Metal Gear Online‘s Community Support Page.

A rangefinder camera appears in Metal Gear Solid: Peace Walker as a selectable item. Any pictures taken are sent to “Photos” in the XMB Media Bar. It is a required item in several optional missions; including, but not limited to, “Ghost Photography,” “Papparazi,” and “Date with Paz.” Chico speculates in a mission briefing that the reason the camera is able to take pictures of ghosts is because it is a machine, and thus cannot be fooled.

Kent Sheely is an artist who works extensively with videogame aesthetics and mechanics. He has been involved with in-game photography on several projects, many of which deal with interesting experiments on concepts of war, images, and games.

An overlay for YouTube that mimics the view associated with First Person Shooter games, turning otherwise pedestrian and innocent scenes into dangerous situations. Viewers are given the ability to pick from a series of “levels.”

A meditation on videogames, dreams, and walking with our shadows.
Vocal track excerpted from “Man & His Symbols” (Audiobook) by Carl G. Jung.