After almost 22 years Doom is finally finished thanks mod-maker Linguica’s “InstaDoom”, which adds 37 InstaGram filters to the game and swaps out the fabled BFG with a selfie stick.
[…]
Once the filter is applied, players can rush through the first level to the location that once held a chainsaw but now holds the legendary Selfie Stick. Linguica swapped out chainsaw and BFG locations throughout the game, and replaced the powerful projectile weapon with a stick with a pixel rendition of Doomguy on the end.

In Sturtevant/a_m_f_skidrow_01 Finite Infinite, a short video loop portraying a non-player character (NPC) from a computer game is projected on a rotating beamer in the installation space. The installation builds on Butler’s previous work, Down and Out in Los Santos. There, the artist embarked on a journey through the social landscape of the video game Grand Theft Auto V to document the lives of homeless NPCs in the virtual city of Los Santos. One of the characters he encountered is at the centrepiece of his new work: a homeless NPC that bears a striking resemblance to conceptual artist Sturtevant. The character is transformed into a hybrid, computational entity, half human-looking, yet resembling a dog running endlessly in circles. By directing our gaze to the characters that inhabit the uncanny borders of non/human, the artist challenges the viewer to rethink anthropomorphic representation and consider these digital entities and bots as autonomous creatures that do not subjugate to a human hierarchy.

JulioNIB created a mod for Grand Theft Auto IV, to allow a in-game “selfie mode”. The script and isntructions are available on his site: http://gtaxscripting.blogspot.it/2014/08/gta-iv-selfie-mod.html

This mod makes possible take some “selfies” in GTA IV, something similar to what we have in V, but here the photos are not related to the mobile phone, all script action. The photos are saved in the game Scripts folder (sElfie files folder). This mod was started some time ago by Josemar Santos.

ANOTHER DAY OF DEPRESSION IN KOWLOON (九龍百哀圖) is a virtual study and a digital portrait of Hong Kong as seen through the lens of contemporary popular culture incarnated in the forms of video game and screen media.

Using the map “KOWLOON” from the popular video game CALL OF DUTY: BLACK OPS (2010) as a field of study, the filmmaker conducted a yearlong virtual fieldwork: playing, observing and documenting “Hong Kong” as simulated in the video game world.

ANOTHER turns the violent first-person shooter into a series of vacant, uncanny and yet meditative tableaux, unearthing a formal poetry that is often overlooked during the original gameplay. It combines methodologies from both the observational and assemblage film traditions in raising questions about cultural representations in contemporary popular media, while at the same time creating evocative metaphors for a post-colonial Hong Kong through the reworking of media materials.

ANOTHER is a “found” landscape film, a ballad for a post-colonial Hong Kong seemingly trapped in endless downpours of murky political dismal.

Evoking imagery and memories of the atomic age, THE PLASTIC GARDEN summons the ghost of a forgotten future, the grim fatality of a total nuclear war that held the world hostage half a century ago.

Hacking and appropriating the popular video game CALL OF DUTY: BLACK OPS (2010), THE PLASTIC GARDEN revisited the dark vision and symbolism of the nuclear drama that seems on the one hand remotely archaic, but hauntingly close and familiar on the other. The restaged scenes, devoid of bloody shootouts, are equally if not more lethal and violent than in the original game. THE PLASTIC GARDEN unravels a forgotten future that felt like an endless nightmare spinning loose, or else a collective death wish that comes to define the tragic essence of modern socio-political reality.

Kent Sheely is an artist who works extensively with videogame aesthetics and mechanics. He has been involved with in-game photography on several projects, many of which deal with interesting experiments on concepts of war, images, and games. 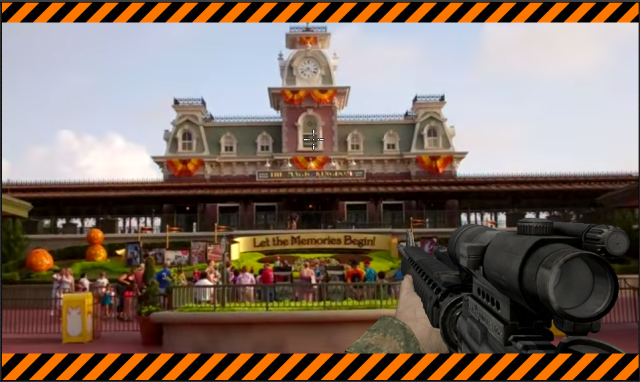 An overlay for YouTube that mimics the view associated with First Person Shooter games, turning otherwise pedestrian and innocent scenes into dangerous situations. Viewers are given the ability to pick from a series of “levels.”

A meditation on videogames, dreams, and walking with our shadows.
Vocal track excerpted from “Man & His Symbols” (Audiobook) by Carl G. Jung.

A mod for Minecraft called CameraCraft allows you to create an in-game film camera and digital camera. Developed by diesieben07 and ChemicNova, the camera lets you take in-game pictures inside MineCraft. The mod also lets you turn photos into framed posters you can hang on walls.

The extensive level of details and accessories of CameraCraft requires you to build batteries, films (black and white or color) or memory cards, a photo processor and a photo station, in order to be able to take photos. You are even able to create basic color distortion (filtering the RGB elements to make your film).

Tripods and filters are also available and can add additional functions to the camera.

A video review of CameraCraft by AntVenom:

Matteo Bittanti is an artist and writer who works with and write about games and art. His blog gamescenes.org is a great resource for the wider explorations of the gameart world.

Many in-game photography projects can be found under this category search: http://www.gamescenes.org/photography/ 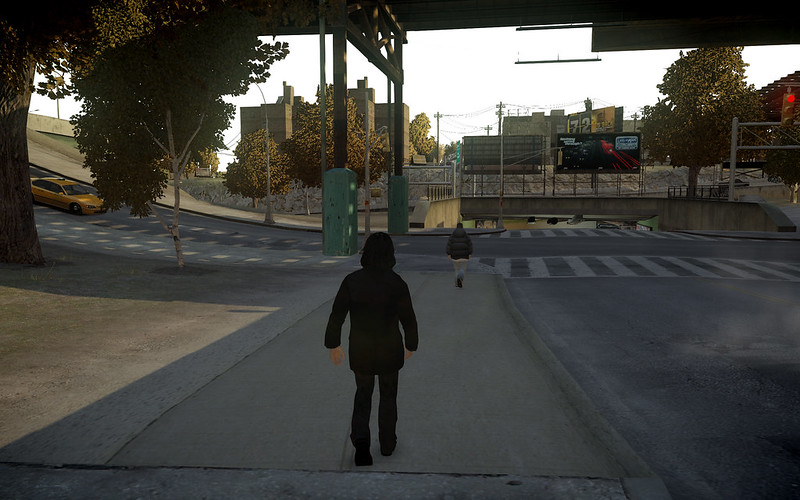 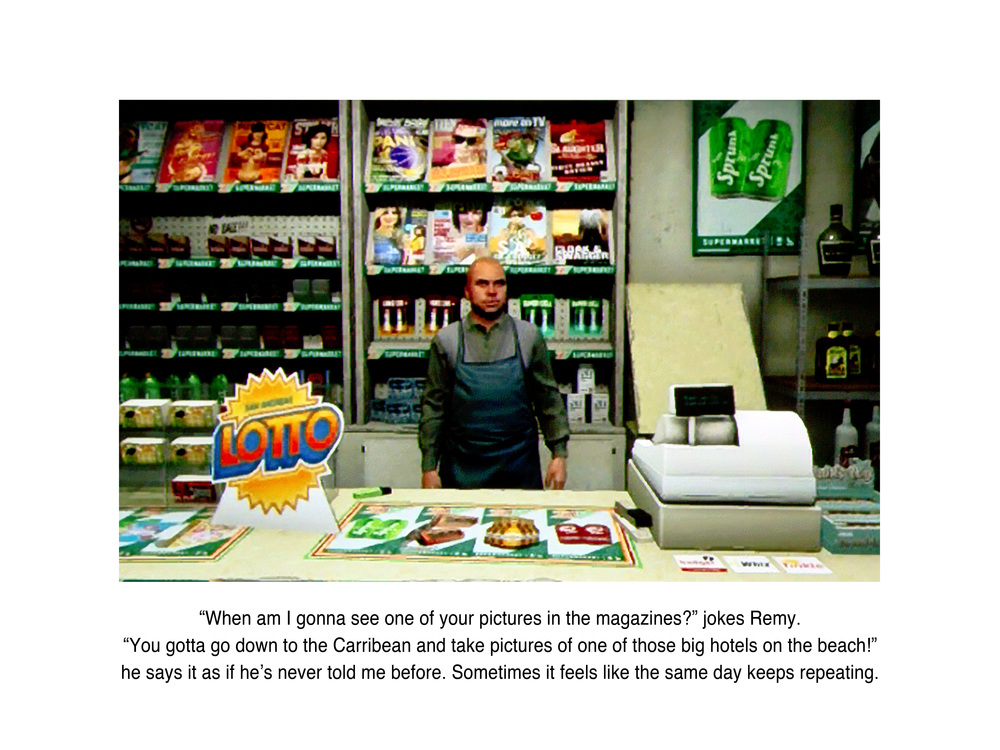