“The Art of Video Game Photography”, published on YouTubbe on 8 Sept 2020 by eurothug4000

Camera Ludica is a video essay exploring the recent phenomenon of what is often called in-game photography. This term comprises a range of practices – from taking screen shots to playing the character of a photographer, from game modifications created by players to photo modes developed by game studios.

The work is divided into three sections through which de Mutiis reveals the significant lineage of photography in games dating back to 1989. Together they offer a new understanding of photography’s relationship with computers. 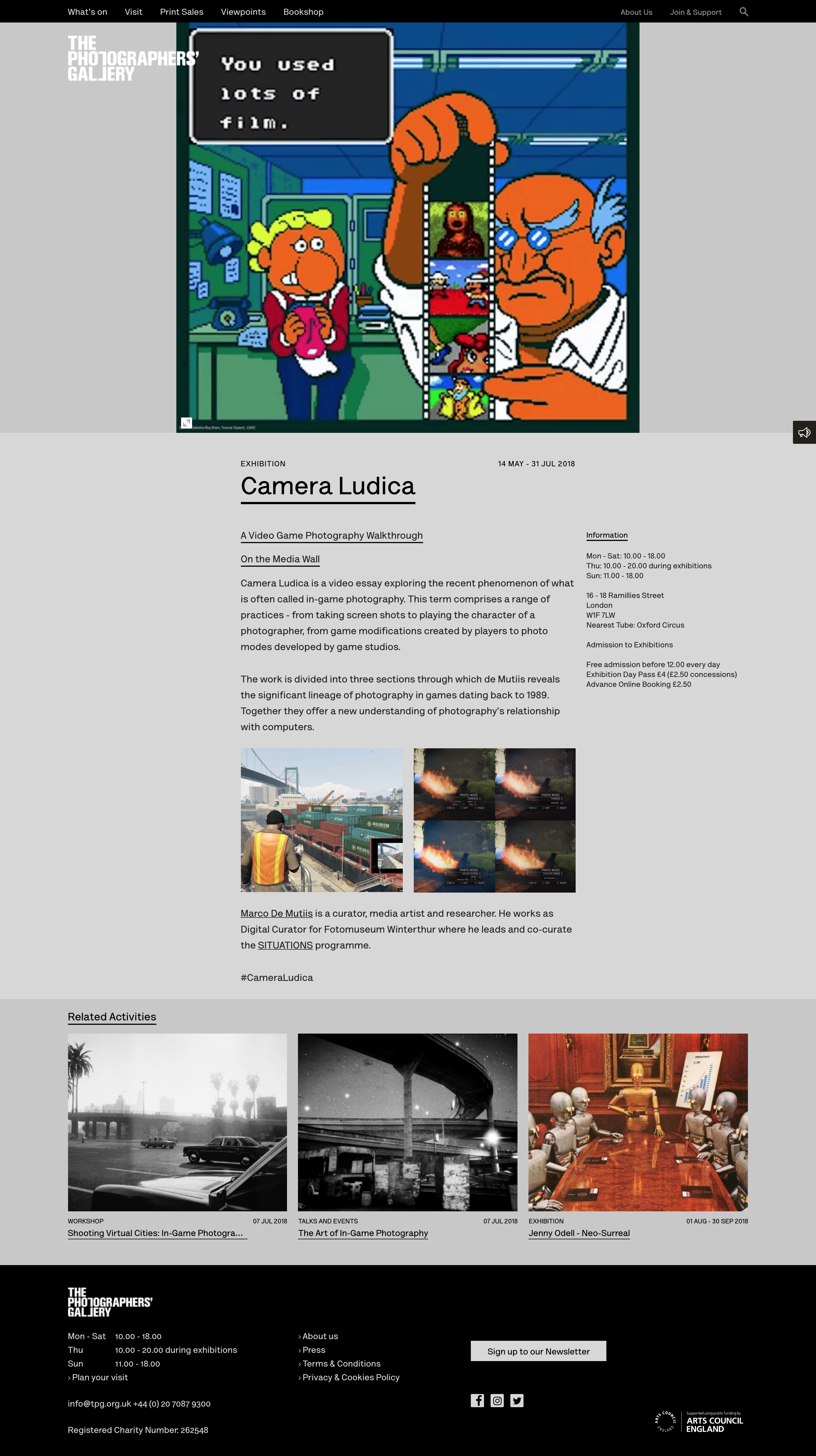 In Sturtevant/a_m_f_skidrow_01 Finite Infinite, a short video loop portraying a non-player character (NPC) from a computer game is projected on a rotating beamer in the installation space. The installation builds on Butler’s previous work, Down and Out in Los Santos. There, the artist embarked on a journey through the social landscape of the video game Grand Theft Auto V to document the lives of homeless NPCs in the virtual city of Los Santos. One of the characters he encountered is at the centrepiece of his new work: a homeless NPC that bears a striking resemblance to conceptual artist Sturtevant. The character is transformed into a hybrid, computational entity, half human-looking, yet resembling a dog running endlessly in circles. By directing our gaze to the characters that inhabit the uncanny borders of non/human, the artist challenges the viewer to rethink anthropomorphic representation and consider these digital entities and bots as autonomous creatures that do not subjugate to a human hierarchy.